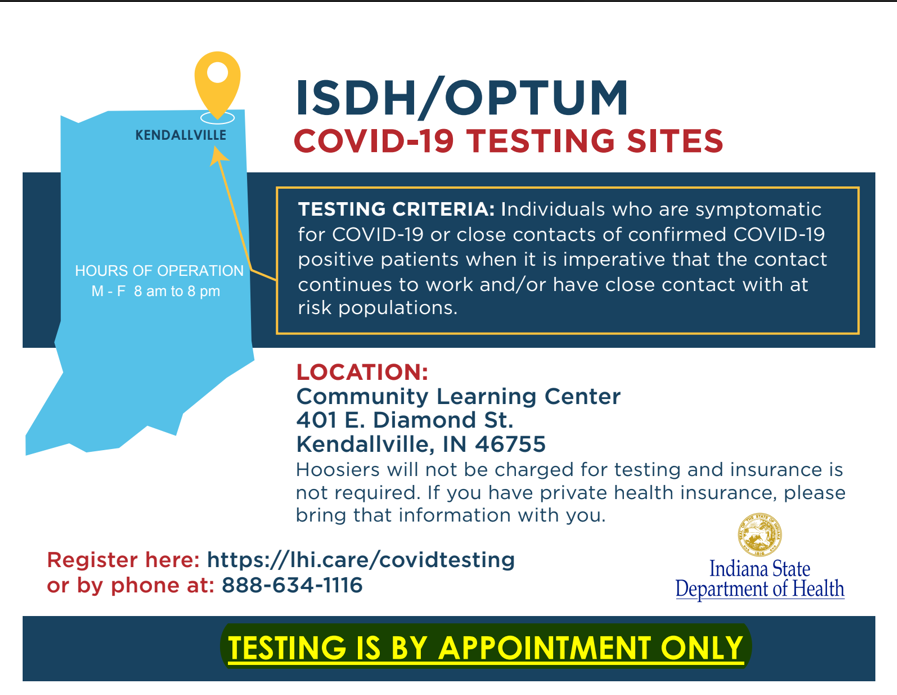 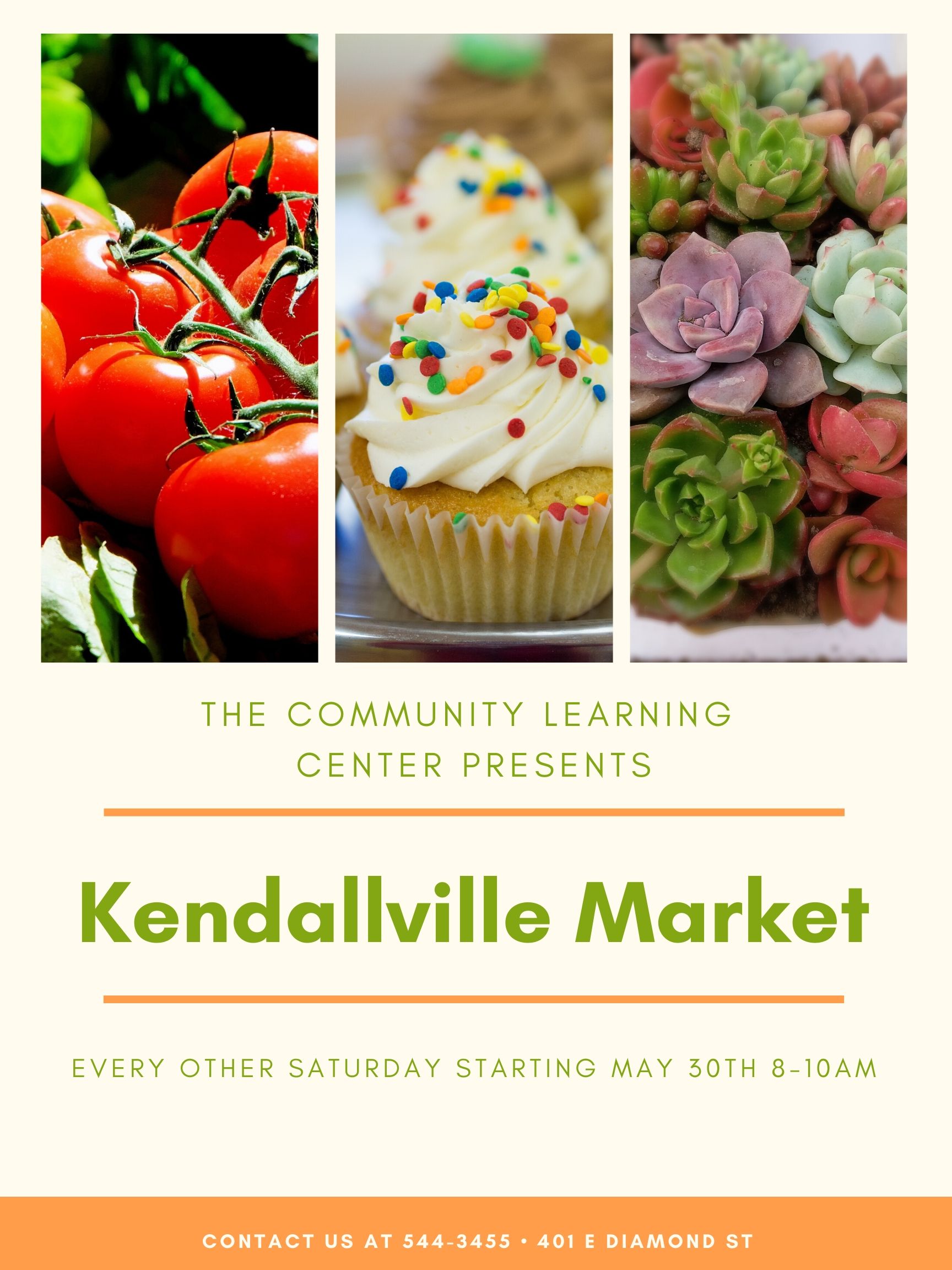 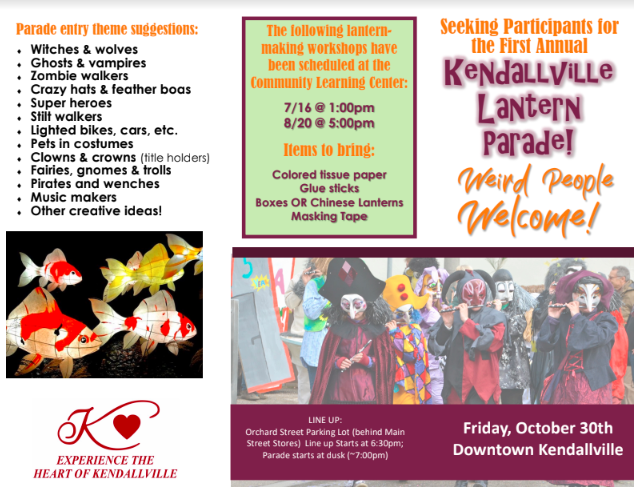 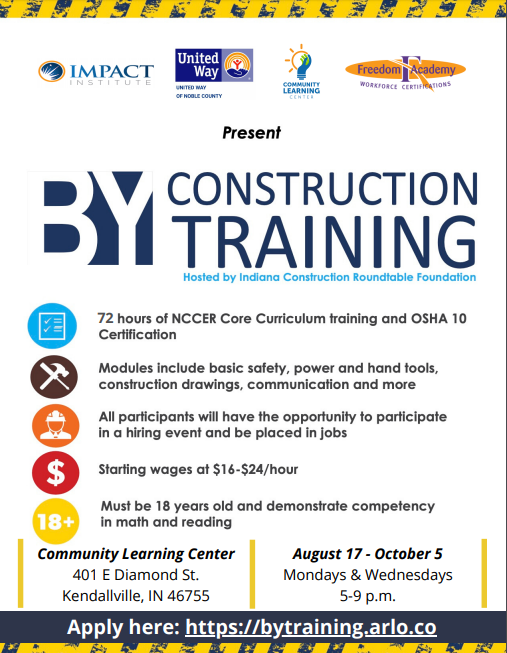 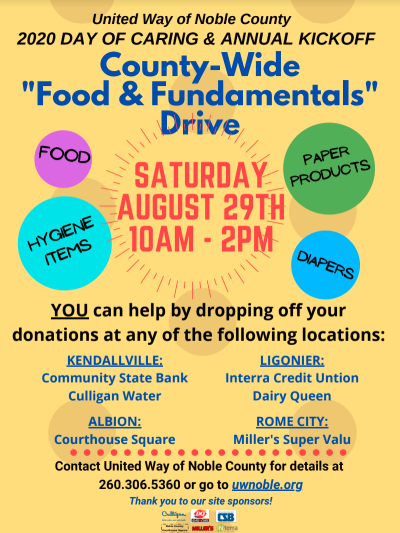 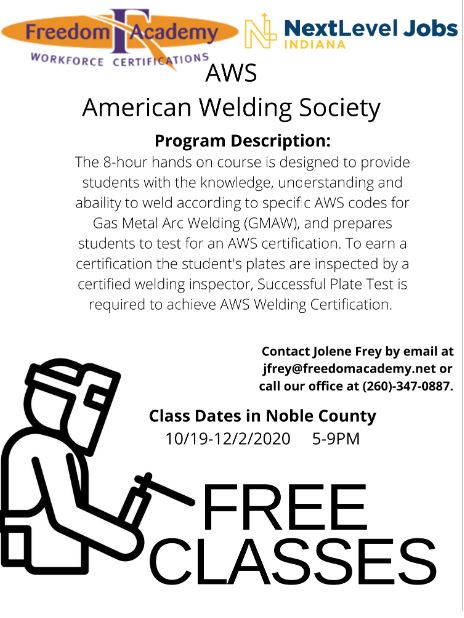 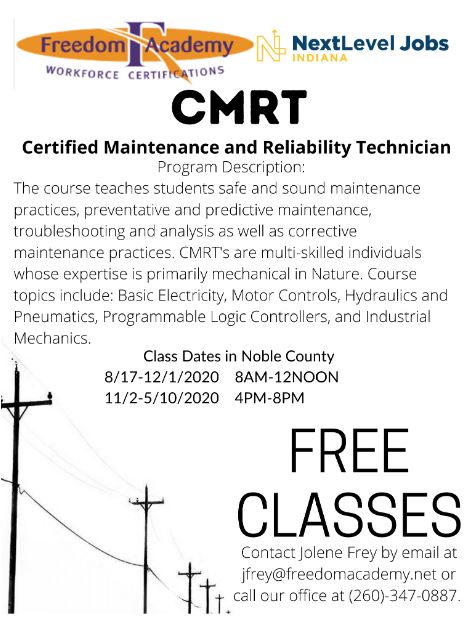 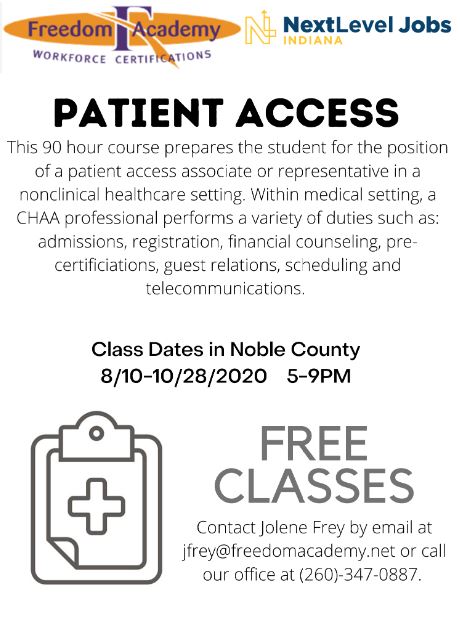 Come one come all, to a great community event hosted at the Community Learning Center it’s: The Farmers Market!!!

Farmer’s markets are a great way to get out and find homemade homegrown, and home crafted items you wouldn’t find elsewhere. A farmer’s market may be the perfect way to get out and enjoy sunshine, friends, and support our local  vendors. These types of events are fun to attend, as you don’t know what you’ll find. With so many vendors selling different things you could find almost anything you want, plus markets in smaller towns like Kendallville you could very well find the unexpected. That’s the glory of a farmer’s market.

The farmer’s market has been a huge success since its start in late May. Not only does it include vendors selling specialty items, but also food, plants, produce, and craft jewelry. Maybe you’re hungry for some fresh baked goods or maybe have a  sweet tooth?  Baked goods such as cookies, cupcakes, and donuts are made and sold by our community members. The market is an open and free event, showing up anyway is, buying items of course may cost you. Come join and support the local community every other Saturday 8-10am, you never know what you might find.

There’s always that one thing we aspire to learn and  say “I’m learning how to _______ no matter what,” then we get busy and never follow through. For some that “thing” was learning guitar. From June 22nd-July 13th, 4-5pm, The CLC offered guitar lessons. Lessons cost $20 for the full four classes or $5 for each class. They were taught by middle school band director; Kevin Haydl. The lessons were open to all ages and covered the fundamentals from basic guitar playing, to an intermediate level.

The lessons started with a quick crash course of the proper way to hold a guitar. After that the first class began for real with familizing each participant with the six basic strings of the guitar. Following that was moving up and down the neck of frets 1-4 while strumming the first string. Every lesson was structured roughly the same. Instructor Haydl would first play the exercise, then break it down for the participants to learn in a way they could understand. Participants would then practice on their own at their own pace, while Instructor Haydl would provide help and feedback to better each participant. Eventually moving on to a different part of the exercise, and following the same structure. Eventually the full exercise was learned and participants were given time to practice it as a whole until playing as a group. The last part of each lesson varied. The last part of the first lesson was a small preview into chords.

The second lesson started with  Instructor Haydl giving a  mini lesson on how to tune a guitar, and helping each participant tune. The tuning followed with a quick review of the previous week, then moving on to the second string practicing  identical exercises from the past week, focusing on the second string. The structure was similar to the first lesson. The second week ended with an introduction to “Ode to Joy”, which introduced  the concept of switching between the two strings learned so far to a more advanced and structured melody.

The third class went more in depth with “Ode to Joy”, also including an easier way to play the chords over the song, before trying “the pretzel hand chords” as Instructor Haydl called them.  The end of the third class, participants received a new song, “Love Me Tender. Much like “Ode to Joy” it is a simpler variation. The biggest problem with this song was it used the third string which at this point hadn’t been used before.  With an introduction as simple as, “This is where this note is and this is how to play it”, the third week ended and practice began.

The final week ahead would put together everything the class learned and bring it all together. With a long week of practice and maybe some finger sprains along the way, the final week was here and the lessons came to a close. The final lessons consisted of playing through “Love Me Tender” with the similar structure of the previous weeks and then attempting some much more advanced songs that participants requested such as “In My Life” by The Beatles. The other part of the lesson was dedicated to scales and how to play them. The biggest problem with playing scales is in order to be  efficient, one must forget everything they learned about  finger placement from the basics and learn an entirely new method. The good thing about scales is once you know one, you can play just about any scale. While the notes change with each scale, the pattern remains the same and even some parts of different scales come together. Scales are any guitar player’s best friend.  By learning every scale you can play just about anything.

One of the best aspects of these classes is no prior guitar or  musical knowledge was necessary.  While it certainly benefits to have this knowledge, and while you may not always have tabs in front of you, they are a great place to start for beginners. Another great aspect is with each week’s lessons  the exercises got more and more advanced, and tested how much the participants practice.. With that said the lessons were all basic and very beginner friendly.  The lessons not only covered the basics of playing guitar, but also learning chords. Whether the chords are as simple as holding a string and strumming, in which Instructor Haydl called “The cheater way,” or putting your hand in a pretzel, whatever method you chose, learning is all part of the fun. The guitar lessons were a huge success since starting and we have had many requests for a second round. Keep an eye out for more information on when these lessons will start.

If you’re one of those people that have a strong desire to learn a new skill, whether that’s guitar, or how to sew, or even how to bake, don’t hold off on doing it.  It may not go well in the beginning, but you won’t get better unless you keep at it. If it’s really something you’re not interested in, you’ll know after the first time you try it. The best advice I can give is, don’t wait to learn something just because time is a problem. If you do you’ll never accomplish what you set out to do. All it takes is a little push to start, then it’s all on you to follow through with the real learning.

The Community Learning Center is excited to be one of the locations providing free Summer meals in collaboration with East Noble. Meals are provided for children 18 and under who attend any school within the East Noble district. Not only does this help kids who can’t afford to eat over the summer, but it also helps keep our cafeteria workers employed over the summer. Each bag includes breakfast and lunch items. Stop by Monday-Friday 11:45- 12:15 until July 24th.

Another great food opportunity we are proud to help collaborate with Boomerang Backpacks!!! Boomerang Backpacks is a local foundation that works with schools in NorthEast Indiana to  provide meals for young kids and their families. The program engages older students to help pack the bags. During the Summer The CLC is filling and distributing food on Saturdays from 9-11am. Food is provided by Gorden’s Food Service and includes chicken, produce, and dairy items. Time is running short on this opportunity with only two Saturdays left!